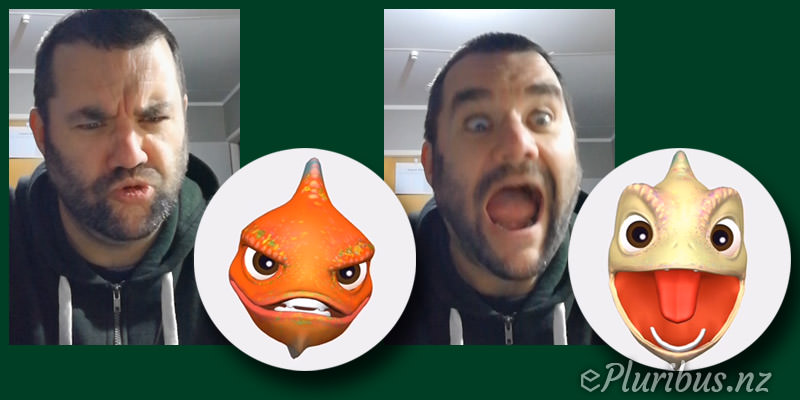 With so many handsets available these days, including some brands not widely available in NZ stores but readily available via parallel-import or bought via online stores that will ship to NZ, competition is high in this crowded market space. Huawei has, over the last few years, made great inroads into the NZ marketplace and popularity is growing rapidly, in large part due to their handsets carrying premium features and hardware under a mid-range price tag. The Nova 2i was released earlier this year and opened a lot of eyes to the potential of this brand, so I was expecting a lot from this new iteration. For the most part, I wasn’t disappointed, though I must admit to some small feeling of disappointment is certain key areas.

Driven by the Kirin 710 chipset, it has some good grunt behind it, however, I admit to being surprised to see it wasn’t using one of the more industry-acceptable Snapdragon chipsets. It felt a bit like buying a muscle-car and popping the hood to find it had a V8 engine but no turbo – still plenty of pulling power, but not enough to really give it the serious torque. Because of that, and the 3340mAh battery, the power-saving options are highly effective. With moderate use, you will get a full day out of your handset without having to resort to a mid-afternoon top-up charge. However, if you are a power-user and really push it, you will find the power-saving modes to be very useful. There are a number of configurations, and you can create a customised performance profile to ensure your peak usage times are covered. That said, if you really push your phone all day, you would be wise to look at a good portable powerpack to ensure you don’t have your phone throwing up low-power alerts like a toddler after a candy binge. Probably the most controversial decision the engineers made was to use the microUSB plug. Using the microUSB give far greater scope on charging options, it is rated to carry a lower current over the increasingly-comon USB-C hardware. Because of this and the lack of 22.5W Quick Charge feature – the limit being just 10W – the long recharge time means an overnight charge session is by far the most practical.

For those who, like me, use their smartphones as their primary camera, this is a handset to consider. Both sides of the phone carry dual cameras – four in total. Each main camera – 24MP for the main back camera and 16MP for the front selfie mode, is paired with a 2MP mono sensor to capture depth information. This means that things like artificially-generated Bokeh effects and 3d avatars are readily available no matter which way you want to aim the camera. I must be blunt and wonder why they have not taken into account that most people who would go for this sort of device are likely to be highly selfie-oriented, and thus would likely find a 24MP camera on the front to be a huge drawcard. No matter how I wrap my brain around it, I still can’t see why the sensors couldn’t be the same both sides – I daresay the price difference between the 16MP and 24MP sensors is negligible, and would easily justify a price boost of $50 – generating a more pleasing and appealing device, and more profit for the company. Still, they must have some reason for this decision and only time will tell if they will wake up to this.

The camera features are impressive, but not really anything much better than the previous model. The layout is slightly different to the Mate 9, which is my current handset, but not so different as to cause any jitter in the learning curve. One of the neatest feature-sets has to be the AR Lens set. This includes a dinky 3d avatar that will map facial movements from your face onto a 3d character of your choice, and there are some fun ones to choose from. My favourite was the chameleon, simply because it also allows for colour-changes on the character’s skin as part of the adaption process. When you make angry-face, he turns red, happy-face gives you blues and greens rippling across its face, etc. There is also a neat little ‘AR world’ type set that looks for a flat surface in the image, and will place a cute animated diorama on it, complete with tiny characters walking around and ‘doing stuff’ – there’s nothing of any practical value there, but it sure does pass the time with giggles for the kids. Apart from that, the camera is hooked into the AI, allowing the camera to recognise certain scene types – on front and selfie modes – and auto-adjust the settings to give you what is touted to be the best results possible. I found that some of the adjustments caused the image to blow out the highlights or to give a super-saturated image, so I was very pleased to note that this ‘assisted mode’ can be deactivated to give me a more human-friendly image that, at worst, required a small amount of tweaking. For this reason, I strongly recommend all main-camera photos be shot in RAW mode, to give you the maximum amount of tweakability possible without risking your image turning dull or grainy. Where the AI really shone, if you’ll forgive the pun, is in low-light conditions, where it managed to give a good, crisp image while minimising the grain.

One piece of hardware that was a major let-down was the sound. With the modern standards being quite high, even for mid-range phones, to find a single speaker in a phone is something of a shock. To hear this speaker putting out sound adds a whole new layer of WTH because it’s far from where it should be. The audio range sounds like it has been cropped, and some of the tunes I played sounded as though I had dropped the phone down a cardboard tube – there was that definite ‘hollow space echo’ in the higher ranges, and the bass was almost non-existent. What that means for the day-to-day user is a somewhat disappointing lack of clarity during your phone calls. With this model, it appears that Huawei went for ‘a camera that will make calls’ rather than ‘a phone that will take pictures’ – and while I can admire the idea of flipping the concept on its head and disrupting the rut, it was a gamble that hasn’t really paid off if you look at the device as a whole. Still, at least it has a 3.5mm headphone jack – if you are into cables – plus a strong and solid Bluetooth connection for the wireless headphones.

Overlooking that, media viewing and gaming is quite well supported, and you will enjoy a jitter-free viewing experience at a good resolution. While it’s not the top of the line, it punches well within its class. The specs tout a GPU Turbo mode that, for the life of me, I couldn’t see in action at all. Despite that, performance was fairly impressive so I suspect the technology still needs a bit of tweaking. Going with the Snapdragon chipset would have given better performance, and allowed the turbo mode to give a noticeable boost I think. I have never really liked the Kirin chipset’s performance when compared against the Snapdragon. Day to day users won’t notice anything untoward and it will perform very well, but for the new breed of Smartphone Gamers, this is not the ‘droid you are looking for, despite 4GB of RAM and the very useful 128GB of onboard storage – again indicating that this handset is more about photos than broad-range functionality.

When it comes to the software, there is, alas, the usual amount of OEM bloatware packed in there that can’t be uninstalled. However, many of the usual culprits can at least be disabled so they won’t sit in the background eating up your precious battery time. I found this enabled me to get an extra 2-3 hours of use before I needed to charge – that meant that an average waking day took the phone from 100% down to about 25%, instead of it starting to bleat about low-battery around dinner time. While that may sound a little off to some, it should be noted that I spend a lot of time on the phone making or taking calls, and snapping at least 50 photos a day. I also tend to turn on the GPS functions for navigation at least once a day for up to an hour.

Overall, this device is one of many in this price range that will suit people wanting a good mid-range phone at an affordable price, however your needs may make it less than ideal. It’s a good across-the-board handset – Above-average in most areas but top-flight in none. For those seeking their first ‘big’ phone it’s a perfect place to start, and after 6 months you will have a very clear idea of what your needs are, and which phone you should move on to. There are plenty of handsets out there that are significantly better in 1 or 2 areas but weak in others, so once you know what you want to focus on, you’ll have a better idea of which way you need to go. In the meantime, you’ll look good walking around with this in your hand. The design is indicative of a premium phone, with its rounded corners, smooth finish and funky iridescent blue/purple shell. Taking a leaf from the iPhone, it utilises the ‘notched’ design, where the screen has a small notch in it to house the sensors, but not all apps make proper use of this and you may find you lose some screen real-estate in older or cheaper apps. That said, you can disable this for some applications at the cost of the top few millimetres of screen. Would I buy one of these, given the choice? Quite possibly… but then, my priorities are, in order: photography, calls, quick chewing-gum games that just pass time. Nothing more than that… and this handset does deliver on those fronts, with a price tag that doesn’t cause my wallet to bleed.

Disclosure Statement: This unit was loaned expressly for the purposes of review by Huawei. No fee was accepted or offered for this review.