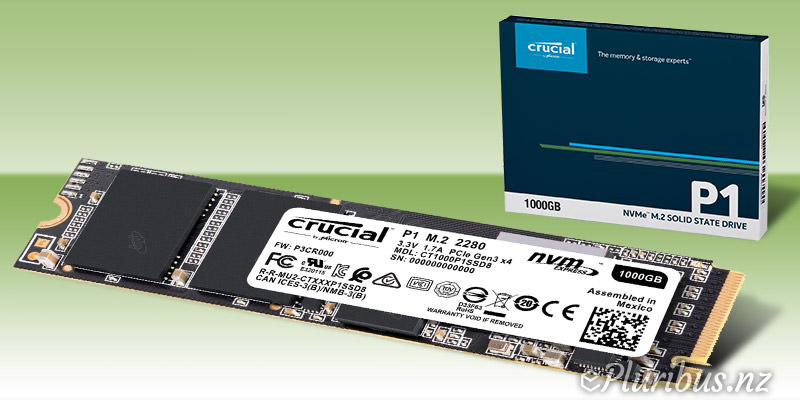 A slow computer is a problem we can all relate to. You’re working on an urgent document or deep in gaming warfare, only for your computer to freeze and progress be halted. This phenomenon is often blamed on ‘the computer’ in general but, in many cases, it is simply a result of insufficient memory. In fact, when Crucial recently surveyed 2,000 PC users, the company learned that it takes users just 60 seconds on average before they lose their temper over a slow or frozen computer – something experienced by around half of all computer users on a daily to weekly basis.

Jim Jardine, Director of DRAM Product Marketing at Crucial explained, “Memory is one of the most critical components in your computer, allowing your system to perform many of its everyday tasks, such as browse the Web, edit an Excel spreadsheet, or experience the realism of the latest game. And yet, the problem of insufficient memory can be overlooked – or worse, not identified in the first place.”

There are a number of easy to spot signs that you can look out for to find out if your computer is in need of a memory upgrade. You probably experience them already, but don’t associate them with memory.

Jardine added, “The signs are found in the most common programmes we run day to day, so you’ll be able to identify them quickly. Here’s the top 5 things to keep an eye on. Firstly, do you have to wait for letters and words to appear as you type? This is a clear sign that you’re in need of additional memory. Upgrading from 2 gigabytes (GB) to 4GB can reduce the loading time and reduce the chances of your computer freezing. If you frequently use word processing or spreadsheet software, upgrading to 8GB can provide improved responsiveness and diminish the chance of your computer freezing.”

Web browsers failing to open new tabs quickly is another sure-fire sign according to Jardine who added, “Is there a lag between clicking to open a new browser tab and the moment it opens? This is common with web browsers, as they use so much active data. Increasing memory from 2GB to 4GB can speed up the responsiveness, and up to 8GB can greatly improve responsiveness. It’s worth noting that memory won’t affect the speed of your internet connection, but it will run more efficiently.”

Video and its playback speed can always be problematic and according to Jardine is another red flag where lack of memory is concerned. He continued, “Are you experiencing choppy or frozen playback when you stream video? Like web browsing, streaming video relies on internet speed, but your computer needs enough GBs of memory to run everything in the background while streaming video. 4GB memory can reduce the risk of choppy or frozen playback. 8GB can improve multitasking and reduce playback problems.”

Enjoyable gaming can suffer terribly from lack of memory, especially if there’s slow command execution while gaming. Jardine says, “Do you frequently find yourself waiting for your commands to be executed during game play? Many games require at least 4GB of RAM to run, but it’s recommended to install at least 8GB to run them well. There’s nothing worse than losing a kill streak on COD because your computer is struggling to keep up – install 8GB of RAM to start with and scale up to 16GB if necessary.”

Jardine also points to slow responsiveness to clicks during photo and video editing as a warning sign adding, “Do you have to wait for software to catch up to your clicks while editing photos and video? Photo and video editing apps, such as Photoshop and Final Cut, require more system resources than many other kinds of software, and, while system requirements may call for less, if you don’t have at least 8GB of RAM, your computer may not be able to run them at all. Since they flood your system with active data – the data your computer regularly or continuously accesses – you need enough GBs of RAM to hold it all.”

While the casual or irregular user may experience these problems and turn a blind eye, heavier users often become impatient, frustrated and demotivated.

Jim Jardine concluded, “The next time you’re working on a spreadsheet, streaming video or gaming, keep an eye open for the above signs and, if you spot them, take action to install the memory that best fits your needs. A system scan quickly reveals compatible memory for any computer, helping even the most casual of users to make slow load speeds and freezing a distant memory.”