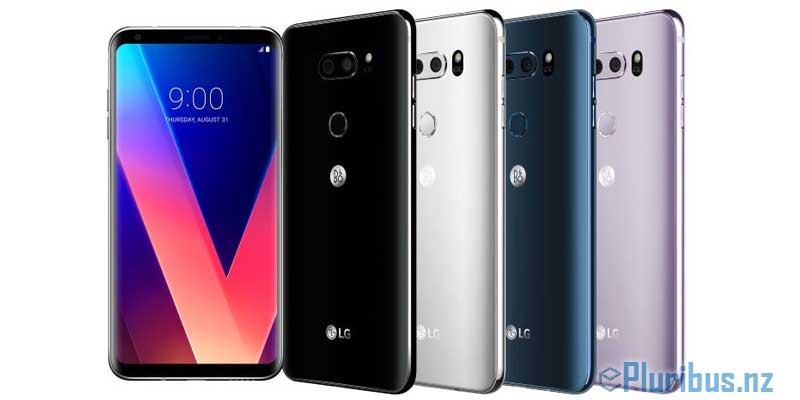 The LG V30 has launched at IFA 2017 after months of speculation, giving us a smartphone that brings the best of LG G6 in a larger form factor and more powerful platform. It comes with a load of new features in its arsenal to combat the likes of Samsung Galaxy Note 8 and the upcoming iPhone 8. These flagship-class features of the LG V30 include Bang & Olufsen audio, voice recognition, MIL-STD 810G rating for durability, and IP68 dust and water resistance certification. On top of these is the dual rear camera setup with f/1.6 aperture, a first for the smartphone industry. Along with this model, the company also also launched the LG V30+ handset with more storage.

The model will go on sale in the company’s home market (South Korea) on September 21, with global rollout expected in coming weeks. The company has not yet released the launch price, and we can expect details to trickle out once it hits the market. With the new LG smartphone competing against the likes of the upcoming iPhone 8 and Samsung Galaxy Note 8, it’s likely to carry a hefty pricetag though.

In terms of specifications, the phone runs Android 7.1.2 Nougat along with a refreshed and upgraded UI – UX 6.0+ – however, Android Oreo can be expected soon. The smartphone features a 6-inch QHD+ (1440×2880 pixels) OLED FullVision display with a resolution of 538ppi and HDR10 support. The smartphone is also Daydream compatible. LG has always-on display, meant to replace the second screen seen on previous V series devices, as well as an optional semi-transparent Floating Bar. The LG V30 is powered by a Qualcomm Snapdragon 835 SoC (clock speed and cores unclear as of now) coupled with 4GB of LPDDR4x RAM.

The new LG V30 features a dual rear camera setup with one 16-megapixel sensor coupled with an breakthrough aperture of f/1.6, a 71-degree wide-angle lens, and one 13-megapixel sensor with a 120-degree wide-angle lens and an aperture of f/1.9. The 16-megapixel shooter with f/1.6 aperture will let more light to enter the lenses to give sharper and highly focused images. The cameras are also stacked with Crystal Clear Lens to add to the process of correct colour reproduction and clearer photographs. On the front side, the LG V30 sports a 5-megapixel wide-angle (90-degrees) camera with an aperture f/2.2.

As confirmed by LG earlier, the LG V30 incorporates a 32-bit Hi-Fi Quad DAC powered by Bang & Olufsen. The smartphone comes with the earphones manufactured by B&O Play with three digital filters to adjust output as per their preference It also comes with support for Master Quality Authenticated (MQA) technology for high-resolution audio streaming.

The LG V30 features “Ok, Google” voice activation where certain keywords will perform various actions when assigned, even within the apps. You can even unlock the device with your voice. The voice recognition will even work along with the music playback and it will be deeply integrated with the LG appliances that support voice-driven actions. The smartphone is, of course, water-and-dust resistant with IP68 certification, comes with fingerprint scanner at the back, and supports wireless and quick charging. The LG V30 supports facial recognition technology, as the one last seen on Galaxy S8 and Note 8 smartphones, which can unlock the device by just looking at it.

“The V series has always been demonstrating new practical mobile technologies that contribute to high quality content creation and the V30 has not lost sight of its roots,” said Juno Cho, president of LG Electronics Mobile Communications Company. “With its F1.6 Crystal Clear Lens Camera and Cine Video mode, the LG V30 is designed to help create professional-looking content without professional-level complexity.”