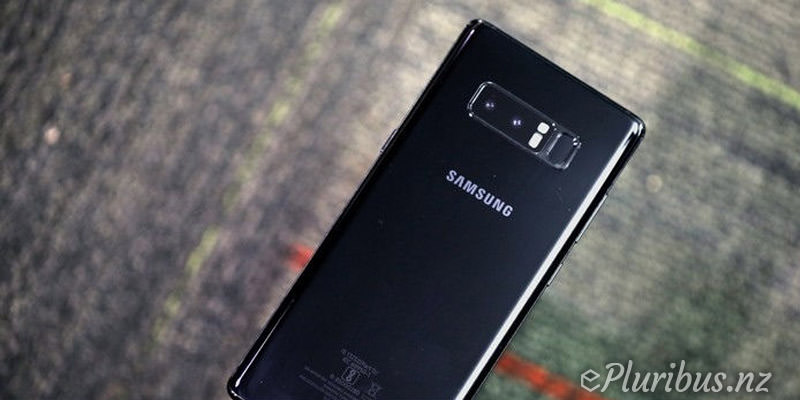 Samsung is expected to launch its Galaxy Note 9 flagship smartphone sooner than usual this year. While there have been several leaks surrounding the upcoming smartphone, the biggest doubt is regarding the introduction of an in-display fingerprint sensors. While some reports has said that the South Korean giant will launch the Galaxy Note 9 with the new technology, some have debunked the rumours. However, the latest rumours are not regarding the in-display sensor, but about the display itself. Rumours claim that the Galaxy Note 9 will sport a bigger 6.4-inch screen. Also, a report has suggested that the handset will pack a larger 4000mAh battery.

A popular tipster posted on Twitter that the Galaxy Note 9 will come with a 6.4-inch display instead of the 6.3-inch screen, Sammobile notes. The smartphone is expected to sport the Infinity Display 2.0 design that debuted with the Galaxy S9, the handset should come with slightly trimmed bezels compared to the Galaxy Note 8. While the change may be small, it will widen the difference between Galaxy Note 9 and Galaxy S9+.

Also, as per another tipster, the Galaxy Note 9 will sport a larger than usual battery. The smartphone may come with either a 3850mAh battery unit or Samsung could be preparing a 4000mAh unit as well. If the rumours turn out to be true, it would be the largest ever on a premium Galaxy smartphone, and definitely bigger than the 3300mAh battery in the Galaxy Note 8.

To recap what we know so far, the Samsung Galaxy Note 9 recently received an official support page on some country-specific websites. The handset is expected to pack a Snapdragon 845 SoC, coupled with 6GB of RAM, and runs Android 8.1 Oreo.