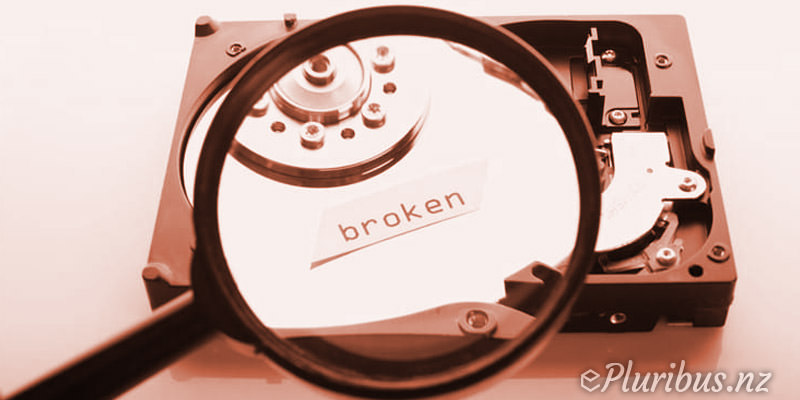 Wherever you are right now, it’s a safe bet that something nearby is under construction. Exactly what’s being built will vary widely – from skyscrapers and subdivisions, all the way down to blanket forts and building blocks – but those that are safe will have been built according to industry standards and codes. Ignoring these codes wouldn’t just be bad, but to use a term embraced by the insurance industry, it would be a “risk.”

Whether we’re talking about a building, walking across the street, or reaching retirement, it’s our everyday decisions to avoid risk which can determine our rates of success. At home and at work, much of what we do today lives on a computer. Every computer contains lots of moving parts, with either a hard drive or solid-state drive (SSD) and that’s where all the information is stored – spreadsheets, emails, photos, games, films, and more – so it doesn’t get much worse than having your hard drive die. Where you choose to store your files and data – on traditional hard drives, or on the newer SSDs – is one of those decisions that can help you bypass an expensive loss by avoiding unnecessary risk, based on how they’re built.

Crucial SSD Sr. Product Line Manager, Jonathan Weech, explained, “If you have many terabytes of data and money is extremely limited, hard drives (HDDs) can be a decent option. Hard drives used to be cutting-edge technology. In a nanometre-thin space, they use tiny moving arms to read and write data magnetically from platters spinning at 7,200 RPM. However, these intricate moving parts are also why there’s more risk that they fail. Unlike hard drives, SSDs do not use mechanical moving parts to read or write data. Instead, they use flash memory technology, which uses electrons to read, write, and store data. As a result, they’re faster, more durable, and more likely to last longer. No moving parts means less friction, less energy consumption, and smarter technology that makes it easier to extend the life of the drive – and all the photos, videos, and files on it.”

One of the ways that storage drive durability can be measured is the amount of shock in gravitational forces (Gs) it can survive, and still function. ‘Shock’ is essentially the acceleration or deceleration of an object, and it’s higher when it happens very quickly – as in a drop, crash, or impact.

Weech concluded, “Here’s a bit of context. When someone slaps you on the back, you’re experiencing about 4.1 Gs of shock. Kicking a football will yield roughly 300 Gs. A traditional hard drive when parked, or completely powered off, is rated to survive up to 250 Gs worth of shock over 2 milliseconds. In use however, hard drives are rated to endure 30 Gs of shock when saving information and 60 Gs when retrieving information. Since hard drives operate using recording arms, each only nanometres above spinning platters, there’s less room for error if a drive is put through shock – perhaps by getting dropped or hit. If the arm in a hard drive gets bumped and moves only a few nanometres, it could scratch the platter and ruin the drive. This is why it matters that SSDs don’t use moving parts – there’s less risk of something going wrong.”

For more information on SSD go to crucial.com