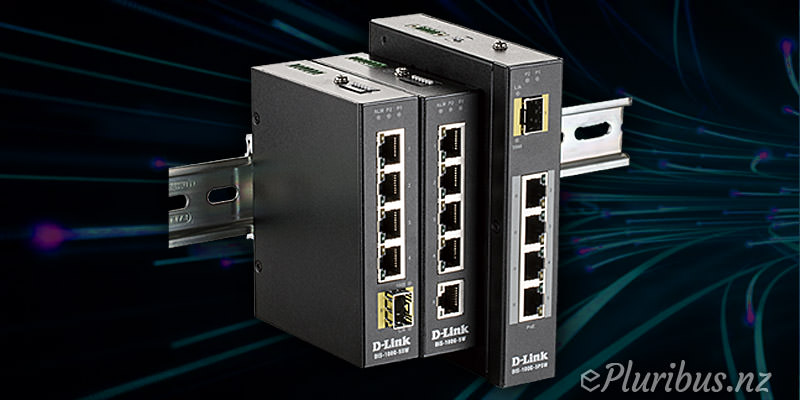 Built from the ground up for reliability and durability, the DIS Series of Industrial Gigabit Switches offer a complete solution for demanding indoor and outdoor industrial network applications, including factory automation, Intelligent Transportation Systems (ITS) and wherever harsh environmental conditions exist

All PoE and non-PoE Ethernet ports on the DIS Series feature embedded 2kV (DIS-100G Series) or 6kV (DIS-200G Series) surge protection. This helps protect the switches against sudden electrical surges caused by events such as lightning strikes or unstable electrical current. Built-in surge protection significantly reduces the chances of equipment being damaged by electrical surges and effectively lowers maintenance costs by minimising the need for expensive equipment repairs or replacement.

To accommodate outdoor deployments, all DIS Series switches are housed in a highly durable, industrial-grade enclosure with IP30 rated ingress protection, combined with their fan-less, energy-efficient design,enables operations in harsh environments and across wide operating temperatures.

For optimal reliability, the DIS Series provides cold start capability in environments with temperatures as low as -40°C with full-load operation at up to 75°C. D-Link designed the DIS Series with hardened components to reliably withstand harsh environments with high electromagnetic interference (EMI) that would damage ordinary enterprise devices.