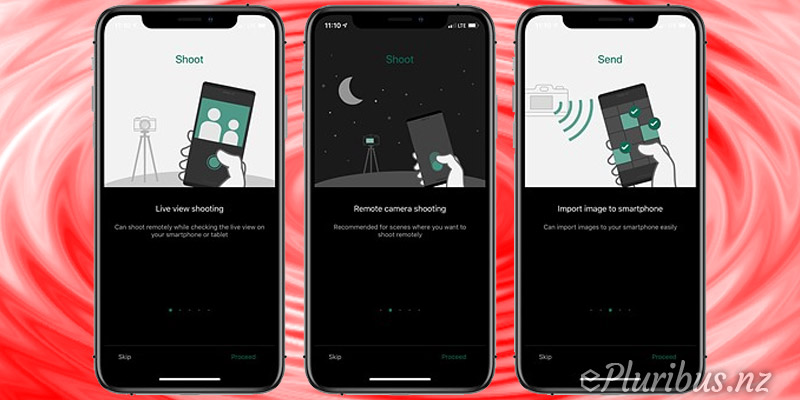 Fujifilm has released version 4.0 of its Fujifilm Camera Remote iOS app and announced the Android version will be available next month. Part of the new version is an overhauled interface as well as a number of new features that makes it easier to control settings and capture images remotely with wireless-equipped Fujifilm cameras.

Fujifilm has changed the interface of the app to better use the additional available screen space of the current generation of iOS devices and has new icons and buttons throughout the app to offer a more streamlined look. The pairing process is now easier with the updated app and Fujifilm has added an ‘Album’ function that makes it a simple matter to browse through photos and videos that have been copied over from the camera. The stability of the app and wireless connection has been improved, plus additional camera support has been included.

You can download the app for free in the iOS App Store. For more information on the app and update, head over to Fujifilm’s documentation page.