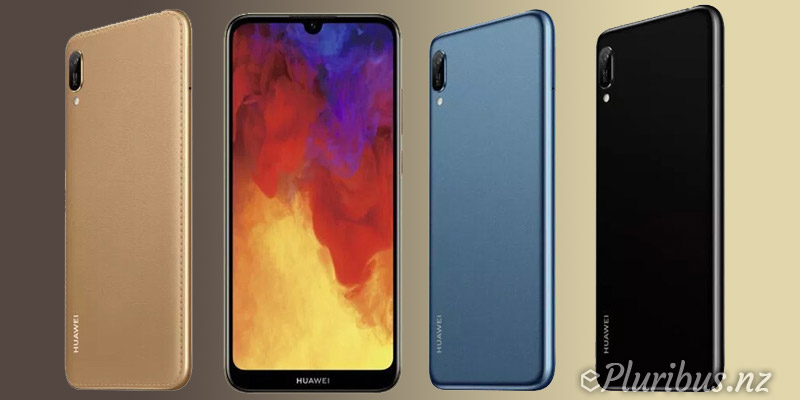 When you look at entry-level these days, the more mature buyer will remember when even these specs were considered unaffordably flashy, features to be found in only the most expensive handsets. As with all things tech, prices drop, specs increase, features get added to the top end and everyone takes a step down the ladder each time a new sibling arrives on the market… thus, today a phone that would have cost over $1,000 even 5 years ago can be picked up for under $300 – or even cheaper at some outlets. What a world, eh? However, as the world accelerates into the future, we now see this phone as somewhat basic… and there are a few little things that reinforce this feeling in consumers.

I’ll get the bad stuff out of the way early, so if any of these are deal-breakers for you, you won’t need to keep reading. One of the key things that shows this to be entry level is the power plug. With USB Type-C now being the benchmark of a top-end phone, this unit takes the microUSB plug that is the default for rechargeable devices these days. Gone are the days when proprietary power plugs were seen as acceptable by the consumer marketplace, but now that we can use a plug system that doesn’t require fiddling around in the dark trying to get the plug the right way up, having the older style plug in this unit is somewhat frustrating. Using the Type-C plug would have given this phone some good kudos without impacting the cost at all significantly. On the plus side, it does have a 3.5mm headphone jack, which will help if you really want to finish watching that movie but the battery is getting a bit low – ditch the Bluetooth speaker and slide in some earbuds for extended viewing time!

Also missing is the NFC feature. While still not huge, this is a technology that is slowly seeping into everything – billboards, bus stops, display adverts, tags in stores, contactless payment systems etc. Thus, a phone that fails to include this may be easier to slide into the bottom end of the market, but it won’t slide into the hearts of owners in a few years when it becomes something vital at the store checkout. Still, by then I daresay the newest phones of today will be just a memory of ‘old tech’ so maybe that isn’t as much of a factor for the young as it is for older buyers. With a lack of AC WiFi (aka 5GHz band), and no fingerprint sensor rounding out the Sad List of features not in this unit, what are we left with? The answer is, for me at least, a surprisingly good phone for the price.

I’m not a big gamer, so a phone that can thrash PUBG Mobile at max res is never going to be on my wishlist, which is good because this unit has a good bit of grunt, but nothing supercharged in any way. It handles simple games – I played the new Harry Potter-themed game from Niantic (Basically, a reskinned version of Pokemon GO!) on it quite happily for hours on end as I wandered around town snapping photos, testing signal strength in various locations, playing various media over mobile, WiFi and OTG-connected data sources, etc. The battery drain of this game is moderate, but nothing drastic, and the phone kept up for many hours despite the constant drain of high-resolution GPS running constantly. I always carry a portable power pack with me these days, and it was surprising and refreshing not to have to plug that in during the day while testing. That’s what you get when you match a low-power chipset with a 3020mAh battery and wrap them up in a power management package that is actually quite smart about usage optimisation.

A quick note on the GPS – I found that it was a bit slow to get a lock when I was indoors, and in some well-sheltered spaces near the middle of the building, there was zero GPS signal lock at all. Keep in mind – if you are inside a building, you really ought to know where you are anyway, but the GPS will kick in by the time you reach your car or the end of the driveway. Expect some small delays if you are using Google Maps as a driving nav-aid, but the signal is fairly steady once it has a lock with more than 5 satellites.

The screen is pretty good considering it’s only 720p HD. The clarity is crisp and the colours displayed are vibrant without being over saturated… though in certain lighting conditions, some of your photos may be super-saturated as the camera tries to enhance dim colours. This is particularly common for sunrise/sunset shots where the light makes the colour a bit washed out in the foreground. However, this appears to be symptomatic of a number of modern phones that come with some form of AI image tweaking, because I have seen this same thing happen on other brands of phones too. Nothing major, just be aware that you may want to download an image editing app that will allow you to adjust the saturation in the final image. With the modern trend of the ‘notched display’ – where the camera, led, etc. are located in a small area ‘cut out’ of the top edge of the screen – this phone runs with the best of them. The only item that actually resides in the notch – thus, the only thing that takes a bite out of the display – is the front-facing selfie camera. Everything else is tucked away, somehow, in the amazingly thin bezel. This means that you get a screen that pretty much takes up the entire front of the device. It is actually quite impressive if you are using any basic AR apps. For those who like to sit around and share their photos with their mates, it is worth noting that the screen has a very wide angle of view, meaning you don’t all need to crowd up. On the flip-side, this also means that you shouldn’t read your private emails on the bus, because everyone around you could see them if they happen to look that way.

WiFi was pretty good – a solid connection was to be expected with the mesh network infrastructure I have set up in the building, but even so, it was surprising to see that it was a little laggy when it came to sending files over the network. Downloading photos from the phone to the network storage brought to light that transfer speeds from the phone are noticeably slower than speeds when it came to receiving files. In case this was related to the types of files, I ran some tests sending the same files in both directions – text files were fairly quick in both directions, but highly compressed files – too dense to squeeze down any smaller – took longer to send than receive. While this is common with most protocols, checking the transmission speeds against a couple of other Huawei phones I have around showed this model’s send:receive speed ratio is a bit out of whack with its kin. Don’t expect to upload large files to your social media with this – better to lower the photo/video resolution a bit and save yourself some data allowance as well as time.

When it comes to the cameras, they are good, but as is to be expected from this price-bracket, nothing spectacular. With the main, rear-facing camera topping out at 13MP, you should expect some decent results, but the phone seems to do odd things under various lighting conditions. I found that under low light, it went a bit nuts on the sharpening and the results were good on the camera screen but taking them into photoshop showed some odd and awkward artefacts along edges that should have been rounded, but got tweaked to look like creases. Also, as mentioned earlier, colours were off. Still, it does a good job in daylight and the details are enhanced by the processing. The front-facing, aka Selfie, camera on the other hand, was a little underwhelming. At just 8MP the level of detail is a bit rough. Again, low-light situations were rather disappointing with the aggressive sharpening causing some mixed, but usually displeasing, results. I also noted that when taking selfies against a cloudy, overcast sky – all too common in NZ at this time of year – the clouds got utterly blown out leaving me with a flat, slightly-off-white blur behind me instead of the richly textured clouds I was trying to capture as part of the shot. Also, with no image stabilisation features built-in, video (which is really only viable under good lighting conditions) and long-exposure shots are sadly sub-par without a tripod. Still, video chats are certainly tolerable as long as you aren’t jogging around while you talk.

Overall, this is a good entry-level phone for someone in their 30’s an up. Younger people will want, nay, demand something with more grunt because “…I want to play the newest games, Dad… this sucks.!” This is a phone, first and foremost. It handles calls well, the onscreen keyboard – assuming you don’t immediately download and use a 3rd-party keyboard app – is good and fairly accurate, and it will do a moderately good job with most non-thrashy apps out there. You can play a mean game of Angry Birds, or go catch yourself a few hundred Pokemon well enough, but if you want to burn rubber in ‘Asphalt’ or go hunting in an MMORPG, then this is not the ‘droid you are looking for. While still far above ‘basic phone’ status, this is more ideally suited for someone who wants a useful tool to help them keep their day under control, than someone who wants a device through which they can pretty much replace the real world on a daily basis. Even under high workload, relatively speaking, the phone stays quite cool in your hand, which was a huge and pleasant surprise for me. While I wouldn’t use this as my first choice to watch media – some shows on Netflix sounds good, but the vocal range was a little pitchy in places and bass was weak across the board – I would happily consider buying one of these as my ‘primary backup device’ should my usual phone ever get damaged or waterlogged. Would I say this phone lived up to its hype? Nope, not even close. But even taking that with a grain of salt, I would have to say this phone is certainly worth the price, considering some of the rubbish devices available on the market these days! Beware parallel imports!

Disclosure Statement: This unit was supplied by Huawei NZ expressly for the purposes of review. No fee was offered or accepted for this impartial review.