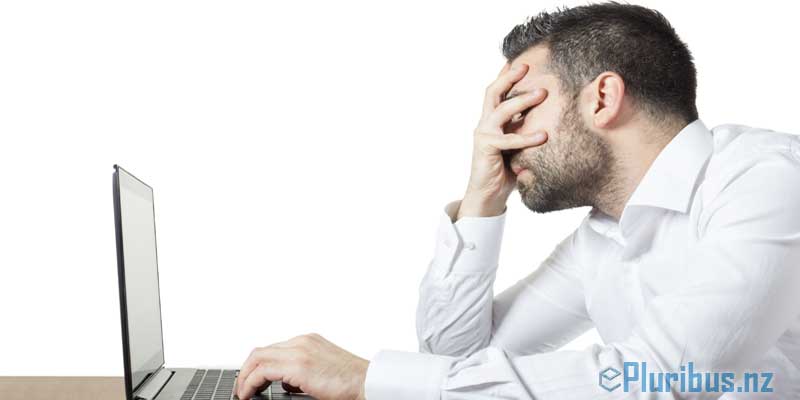 Doing multiple things at once when using your work computer should be painless, but it often leads to slowdowns, freezing, crashing and lots of needless frustration. If you don’t have enough memory to handle everything you’re doing – every word you’re typing anywhere, every spreadsheet you’re editing, every web conference call you join – your system will slow to a crawl.

Most people can relate to the anxious feeling that comes from waiting on slow technology, and when you’re on a deadline this can be even more excruciating. A recent study by crucial.com found that the average person’s patience with slow technology lasts 60 seconds before we start to get irritated. Among the top things that cause people most grief are computers that are frozen (47%) or slow (40%). While there is no one single reason cited for a PC freezing, almost half (46%) of respondents said that opening web pages caused their PC to freeze. Other causes include opening programmes/apps (27%), opening files (21%), loading videos (17%) and saving an important file (12%).*

This shows that even some of the most common workplace tasks you do on a computer consumes a lot of memory. The more complex or detailed the app, the more memory it takes to run. However, each computer, user and the tasks you do will differ, so it’s important to know what is affecting you. PCs and Mac systems have ways to see exactly how much memory your computer is using and what’s eating away your available memory. It pays to quickly see how much memory you’re using and how much room you have left to do other things.

Once you’ve opened Task Manager or Activity Monitor, you’ll see all the information you need to see what resources your machine is using, and which programs are starting to hog them. This will tell you what you need to do to improve your multitasking and work faster. What you see will appear differently depending on your operating system, but you’ll get the same key information. There’s more information in the Performance tab too, which will detail the amount of memory in GB you are using, and installed in the system.

Depending on your system and the apps you’ve opened, when you’re using about 70% or more of your memory, your computer is in danger of significantly slowing down, freezing, or crashing (if it hasn’t done so already). This threshold is even more pronounced with smaller memory capacities, as each MB of memory represents a greater percentage of your total memory capacity. This is why there are different danger zones for different capacities. 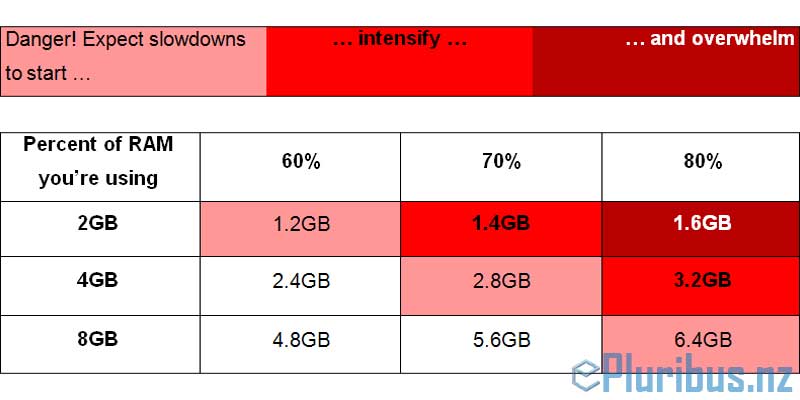 Computer manufacturers often limit the amount of preinstalled memory in new computers to lower the price. PCs that ship with as little as 2GB and 4GB installed may often find themselves approaching their memory cliff quite quickly, compared to an upgraded machine with 8GB of memory installed.

When a desktop or laptop at work is slowing down or having performance issues, 50% of businesses will upgrade the system with new components, whilst just 19% will buy new systems to replace slower computers. Extending a system’s lifecycle without losing performance and increasing efficiency is an important job to keep you productive at work, which is why businesses must weigh up buying new versus upgrading.

If you’re consistently using more than 70% of your system’s memory at work, adding more memory to your computer will give you the breathing room you need to work seamlessly and avoid frustrating slowdowns.

*Respondents could select more than one option.