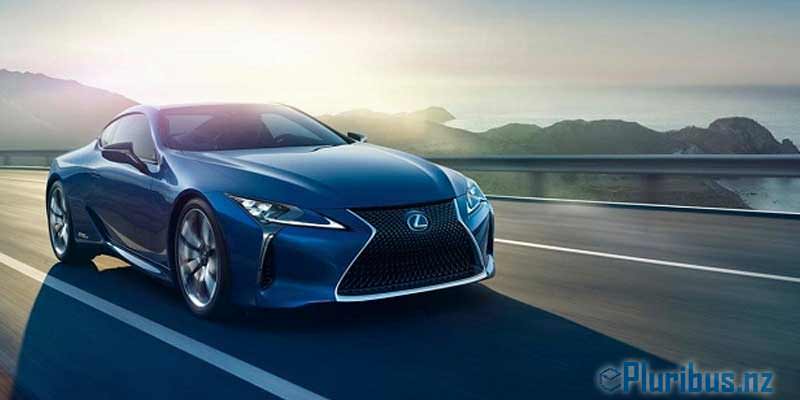 The induction of superheroes into the wider world beyond the confines of the comic book is continuing at quite a pace, and now even major vehicle manufacturers are getting in on the act as Lexus has revealed a couple of special edition models inspired by Marvel’s “Black Panther.” The Japanese luxury manufacturer has teamed up with Marvel Studios to produce these two models, which are a 2018 LC Inspiration Series production car and a concept coupe dubbed the Black Panther.

The limited-edition 2018 Lexus LC Inspiration Series model, developed in advance of Marvel Studios’ Black Panther” film designed to hit US theaters February 16, comes in an exclusive deeply saturated, iridescent Structural Blue color, and will be the first in what’s planned to be a succession of Inspiration Series vehicles the company intends to build for each of its flagship models.

Meanwhile, the overtly Black Panther-inspired LC concept coupe is a celebration of the Black Panther and Black Panther’s home Wakanda itself. It imaginatively, and somewhat fantastically, comes equipped with a propulsion system that benefits from an extra boost, courtesy of vibranium, which, for the uninitiated, is a mythical ore found only in Wakanda.

The general manager of Lexus marketing, Brian Bolain, said at the unveiling of the new models in Los Angeles, “The Inspiration Series takes our flagship products and makes them even more exclusive and distinguished. Our collaboration with Marvel Studios’ ‘Black Panther’ features a technologically advanced blue LC and was the perfect inspiration for the first car in the Series.”