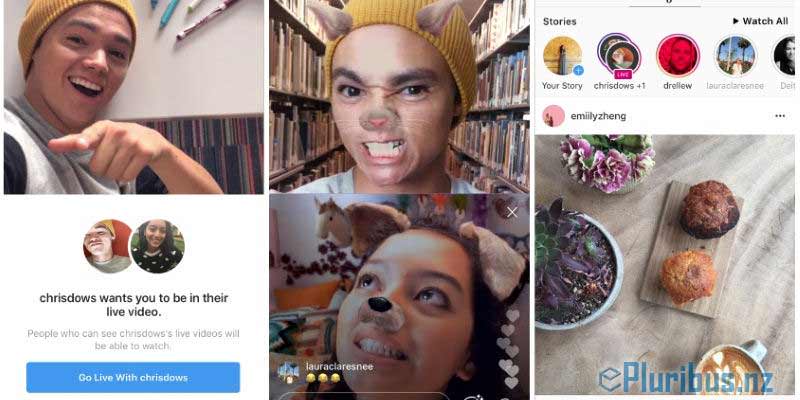 On Tuesday Instagram announced that users can now live stream with a friend. Called ‘going live with a friend’, the new feature can be found in version 20 of the Instagram app for Android and iOS, already live on the respective app stores. The feature will be rolling out globally in the coming weeks, the Facebook-owned photo-sharing network said.

Detailing the new feature in a blog post, Instagram said, “Live video helps you share in an authentic way, but sometimes it can be intimidating when you’re on your own. It’s easy to add a guest while you’re broadcasting. Simply tap the new icon on the bottom right and tap Add to invite anyone who’s currently watching. Once they join, you’ll see the screen split into two and your friend pop up right below you.”

Users will be able to remove their guest and add someone else at any time. They can also choose to exit on their own. Instagram adds that users have to ability to share their live video to Stories when the broadcast has ended. They could alternatively choose Discard, and the live video will disappear from the app.

When someone who is followed by the user is about to go live with a friend, the user will also see two circles stacked together in their stories bar. They can tap on it to watch, and like and comment as they follow along.