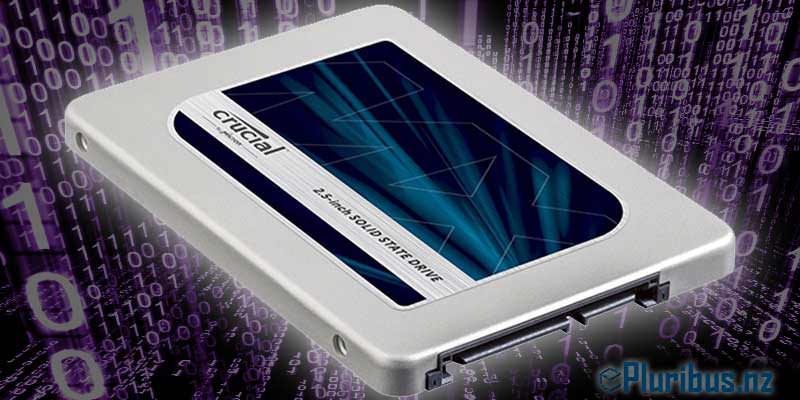 At nearly every stage in the Photoshop workflow, graphic designers and photographers often experience delay. From launching the app to loading images, applying effects, rendering, saving and outputting files to clients, waiting on your computer is a normal part of the day – but it doesn’t have to be.

Research from memory specialists Crucial NZ has revealed that by simply upgrading your computer’s hard drive to an SSD and maxing out your memory, you can speed up every step in your workflow and spend less time staring at spinning cursors and more time getting projects done, and Adobe agrees.

Adobe says about the role of memory in Photoshop, “Memory has a direct connection to the size of images you can work on – both in terms of pixel dimensions and in bit depth (colour accuracy). Larger amounts of memory are also often required to composite multiple images together, or to perform certain operations on them. If you don’t have enough memory to hold the images being manipulated, the system must “swap out” portions of memory to and from your computer’s hard drive, which slows down your computer considerably.”¹

Why is memory so important? In order to run Photoshop (or any application), the program must be copied and held in the computer’s memory. In similar fashion, every image you’re working on must also be copied and held in RAM. More memory means you can handle more images and programs at once – and work on them in real time, not lag time. Oddly enough, more memory also often means you can save and revert files faster. Since most Photoshop files are extremely large, they consume a lot of DRAM which must be converted (“swapped”) into storage. The more memory you have, the more resources your memory has to swap into storage. Using an SSD helps, too, as data gets written faster into long-term storage.

Your system’s storage drive is what loads and saves every image and document you’re working on. It’s also what loads Photoshop, and it’s what your system uses to manipulate images and render when you run out of memory (a common occurrence when multitasking). Switching from a hard drive to an SSD in Photoshop is like moving from dial-up Internet to broadband – it’s that big of a jump and the speed never lets up. Imagine doing things in seconds that used to take minutes. That’s the power of an SSD, and it really kicks in if you frequently save incremental versions of a project. When you factor in ever-increasing resolution requirements, growing file sizes, and the need to save projects constantly in case a client changes their mind, the ability to save and call up files quickly is a gift to yourself that never gets old. It’s also a gift that keeps on giving because SSDs have no small moving parts, meaning they’re less prone to failure – and less prone to crashing and losing a client’s files.

Crucial performance tested four configurations of the same base system and were able to isolate performance variables and assess that adding and upgrading DRAM and SSDs impacted a typical graphic design project – creating a poster – by speeding up the process.

According to Crucial the bottom line comes down to this – speed up Photoshop by speeding up what powers it.

Software may enable digital design, but it’s your computer’s hardware that determines the speed of design. Max out your hardware’s performance by ensuring that every upgradeable component is performing as fast as possible. It’s not enough to just use a fast CPU. You need enough memory to continuously feed every processing core – and lots of SSD storage to instantly load and save everything you do.