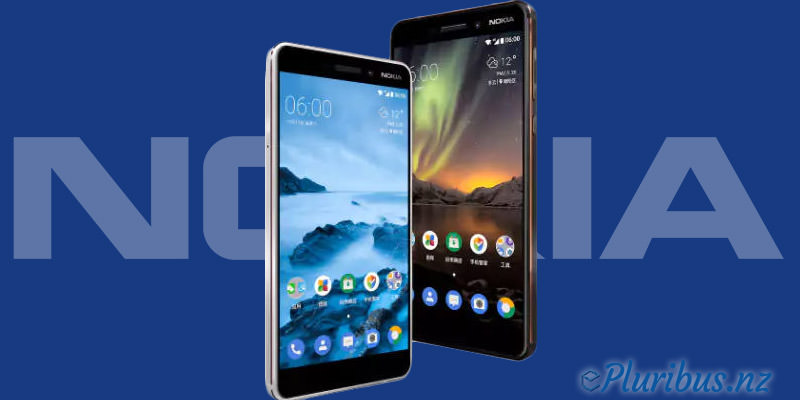 HMD Global is set to launch its latest Nokia smartphones running on Android, on February 25, just ahead of MWC 2018. The company has sent invites for the launch event that will be held in Barcelona, which is also the host city for the mobile trade show. The invitation follows a teaser by HMD Global’s Chief Product Officer Juho Sarvikas on Thursday, when he said HMD Global had something major planned for MWC 2018.

To recall, HMD Global had unveiled its global lineup of handsets at MWC 2017 last year, making quite a big splash. Apart from Android smartphones, the company had launched a reboot of its iconic Nokia 3310 feature phone. This year, HMD Global is rumoured to launch including the Nokia 9 flagship as well as the Android Oreo (Go edition) based Nokia 1 smartphone. We can also expect the global launch of the Nokia 6 (2018), which was launched in China earlier this year. Last year, the company had done the same thing – launching the Nokia 6 globally at MWC after having launched it China a month before that.

Apart from the Nokia 9, Nokia 1, Nokia 6 (2018), and Nokia 3310 4G, the China-exclusive Nokia 7 may also be unveiled for a global audience at HMD Global’s pre-MWC 2018 even, though that seems unlikely. The Nokia 4 hasn’t yet been leaked, but can be expected as well. As we mentioned, the Finnish company could also announce a 4G variant of the Nokia 3310 that recently emerged on TENAA certification site with Android-based YunOS. 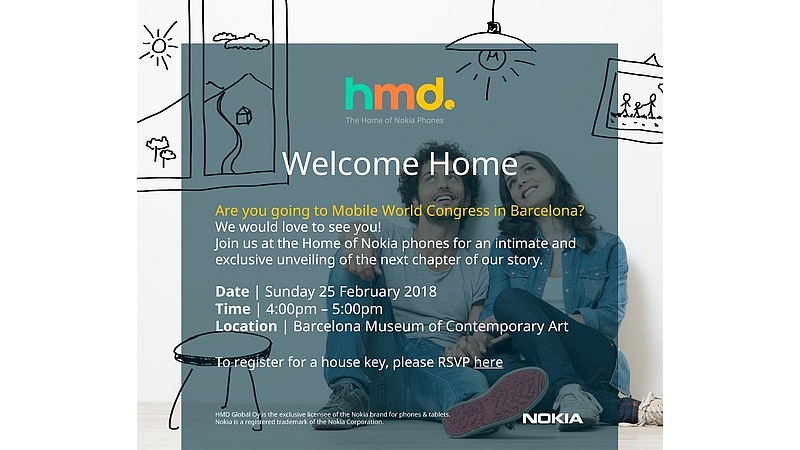 Additionally, Nokia’s invitation reads as “Welcome Home” and “Join us at the Home of Nokia Phones” and asks for a registration for a “house key”. In the background image, there is a couple sitting inside a house with a light bulb prominent, among other things. This might be an indication of a new connected home product, but that is mere speculation.

The MWC 2018 is scheduled to take place from February 26 to March 1, with announcements beginning as early as February 25. We have to wait and watch for a while to find out all the smartphones that the company will launch at the conference.