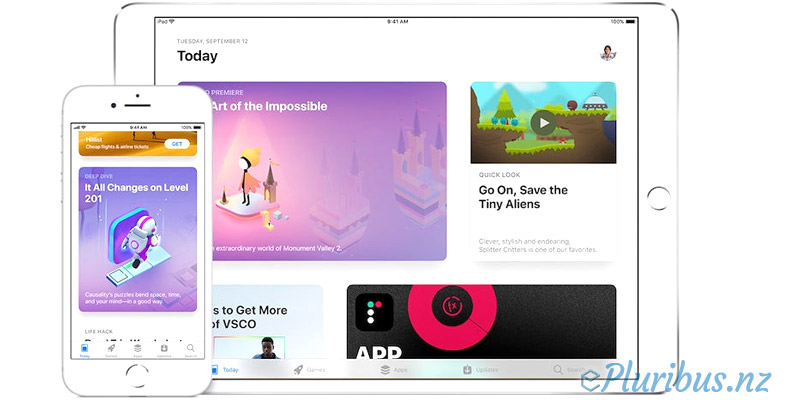 Apple’s annual software upgrade this fall will offer users plenty of new features: enabling a single set of apps to work across iPhones, iPads and Macs, a Digital Health tool to show parents how much time their children have been staring at their screen and improvements to Animojis, those cartoon characters controlled by the iPhone X’s facial recognition sensor.

But just as important this year will be what Apple doesn’t introduce: redesigned home screens for the iPhone, iPad and CarPlay, and a revamped Photos app that can suggest which images to view.

These features were delayed after Apple concluded it needed its own major upgrade in the way the company develops and introduces new products. Instead of keeping engineers on a relentless annual schedule and cramming features into a single update, Apple will start focusing on the next two years of updates for its iPhone and iPad operating system, according to people familiar with the change. The company will continue to update its software annually, but internally engineers will have more discretion to push back features that aren’t as polished to the following year.

Software chief Craig Federighi laid out the new strategy to his army of engineers last month, according to a person familiar with the discussion. His team will have more time to work on new features and focus on under-the-hood refinements without being tied to a list of new features annually simply so the company can tout a massive year-over-year leap, people familiar with the situation say. The renewed focus on quality is designed to make sure the company can fulfil promises made each summer at the annual developers conference and that new features work reliably and as advertised.

“This change is Apple beginning to realize that schedules are not being hit, stuff is being released with bugs – which previously would not have happened,” when Apple was a smaller company with fewer engineers, customers and devices to manage, says one person familiar with the company. Apple declined to comment.

The shift is an admission of what many customers have already come to notice: Some Apple software has become prone to bugs and underdeveloped features. In recent months, users have complained about text messages appearing out of order, the iPhone X registering incoming phone calls late and frequent app crashes.

The decision to formalize the process and give engineers more time to perfect software is a major cultural shift. For years, the company hasfunnelledd its energies into quick-turnaround, splashy upgrades that are designed to wow the faithful and make rivals seem slow-footed.

The strategy has paid off handsomely because the feature-packed upgrades keep customers tied to Apple’s ecosystem and prompt them to use more of the company’s lucrative services. More than 90 percent of Apple customers use either of the last two major iOS updates, compared with 30 percent of Android users who have downloaded the two latest versions of Google’s mobile OS, according to data from both companies.

But the feature-packed upgrades place huge demands on Apple’s beleaguered engineers. At Google, teams update apps on their own schedule and aren’t tied to the annual Android release. At Apple, all new features are tied to a big release in the fall, when Apple rolls out its splashiest new software, and a more modest update in the spring. Individual apps aren’t updated on their own, and everything is driven by the release schedule.

The first test of the new development strategy will come in the fall, when Apple debuts the next iPhone and iPad software upgrade. Internally code-named “Peace,” it will likely be called iOS 12.

The change that will cause the biggest stir: making it possible for a single third-party app to work on iPhones, iPads and Mac computers. The upgrade will be folded into the upcoming macOS 10.14 (known internally as “Liberty”) and could involve bringing to the Mac some of Apple’s own iPhone apps, including Home, which controls smart appliances.

Apple’s popular Animojis will get new characters and a more easily navigated menu. The animated emojis will also come to the iPad; the company is working on a new model that will have the required Face ID camera. Apple plans to integrate Animojis into FaceTime, letting people put virtual faces over themselves in video calls. (Technology to bring multi-person conferencing to FaceTime video calls is being explored but might not be ready for this year.)

Also in the works for this year: a redesigned version of Apple’s stock-tracking app and updated version of Do Not Disturb that will give users more options to automatically reject phone calls or silence notifications. Apple is also working to more deeply integrate Siri into the iPhone’s search view, redesign the interface used to import photos into an iPad on the go and make it possible for several people at once to play augmented reality games.

Consumers will have to wait until 2019 for significant iPad-focused software upgrades. Among them: A feature that will make it possible to run several windows in one app and click between them just like tabs in a web browser (the Mac got this feature a couple of years ago) and a related enhancement that lets two screens from the same app run side-by-side. Other updates that have been pushed back include new features for the Apple Pencil stylus and a toggle in the email app that will mute notifications from specific threads.

In the past, “Apple’s smaller scale helped it build better-quality software than the rest of the market,” says Steven Troughton-Smith, a veteran app developer. “But with its newfound size it has seemingly been unable to find the right balance.”

Finding a new balance between speed and quality will be tricky. On the one hand, spreading feature updates over a longer period could hurt Apple’s competitiveness in the fiercely contested smartphone market. On the other hand, sticking to what Troughton-Smith calls a “ruthlessly ambitious” upgrade cycle risks rushing out features before they’re ready and undermining Apple’s vaunted reputation for quality.