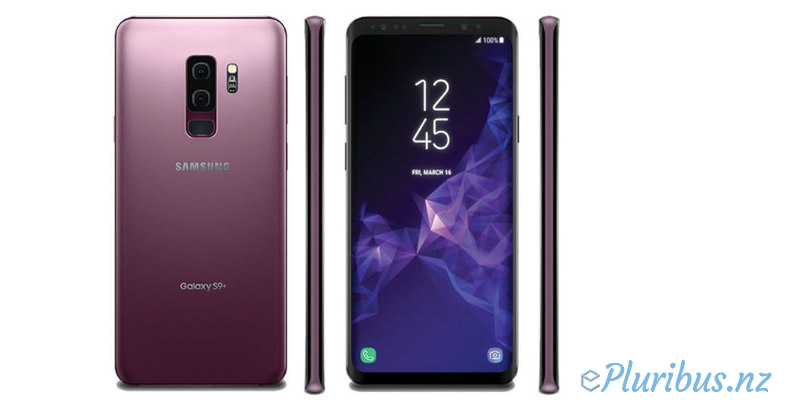 Samsung Galaxy S9 and Galaxy S9+ are the company’s upcoming flagship smartphones set to launch at the Galaxy Unpacked event on February 25, just ahead of MWC 2018 in Barcelona. While we still have a few days before the big unveiling, numerous leaks and teasers have surfaced online giving us a clearer picture of what to expect at the event. Samsung has also released three new teasers that hint at the features of the upcoming Galaxy S9 range, including an Animoji-competitor. A separate leak shows supposed shots taken on Galaxy S9’s camera. The Galaxy S9+ has also been spotted on AnTuTubenchmark website.

Starting off with information right from the horse’s mouth, three new official teasers have been uploaded on YouTube that show off three expected features on the Galaxy S9 duo. The first teaser shows slow-motion footage hinting at a slow-mo camera feature on the upcoming phones. The second teaser shows low-light, flash photography that possibly hints at an upgrade on that front, which can be expected with a new f/1.5 aperture camera. And, finally, the third teaser shows off 3D emojis that look eerily similar to Animoji on the iPhone X – something that was rumoured earlier this week.

9To5Google seems to have acquired detailed information on this rumoured 3D emoji feature. According to their sources, the feature will capture an image of your face and use it to create a full-bodied animated character. The report also states that users will be able to customise the characters’ clothing, hairstyle and looks using the tools available.

Separately, the Samsung Galaxy S9+ has been spotted on benchmark portal AnTuTu’s database. A screenshot, obtained from Weibo, shows the model number SM-G9650 with a score of 265,267. According to the listing, the phone will run Android 8.0.0 Oreo. It is expected to be powered by a Qualcomm Snapdragon 845 SoC, coupled with Adreno GPU, 6GB RAM, and 64GB RAM. The display has a resolution of 1080×2220 pixels, in sync with the current Galaxy S8+.

And, finally, Twitter user @MMDDJ posted alleged shots taken on the Galaxy S9. The tweet shows images of a skyline taken side-by-side on the Galaxy S9 and the Galaxy S8. Interestingly, these images are cropped because the tipster claims – in a reply – posting the original images is not allowed.