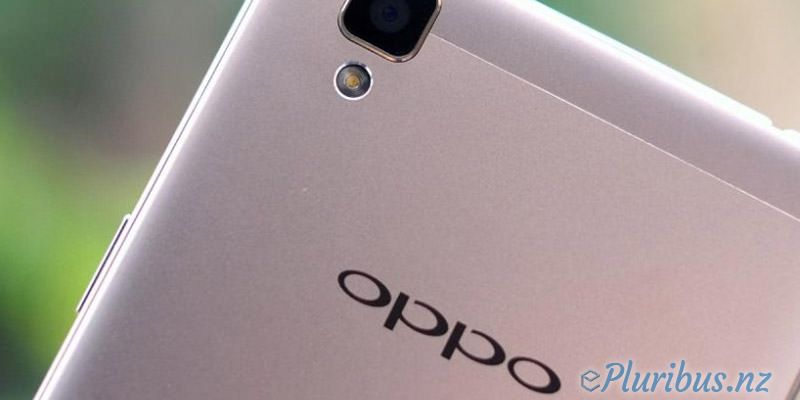 In the 12 months since unveiling its first device for Kiwis, OPPO has launched a total of 10 camera phones in the New Zealand market, partnered with seven retailers and its devices are now stocked in nearly 400 stores across the country. OPPO arrived in New Zealand in March 2017 launching with its first range of premium camera phones at affordable price points, the F1s, A39 and R9s. Since then, Kiwis have also been able to take stunning pictures with the R11, A57, A77, R11s, A75, A73 and the OPPO R11 FC Barcelona limited edition.

OPPO has already established itself as a serious contender in the New Zealand market. It currently partners with Noel Leeming, JB Hi-Fi, PB Tech, Smith City, The Warehouse, Warehouse Stationery, and 2degrees Mobile – with devices stocked in nearly 400 stores across the country. As the fourth largest smartphone provider globally, OPPO camera phones are available in over 30 countries, and interest from the local market has been strong. OPPO New Zealand Sales Director, Terence Tan, says the company has seen solid incremental growth in New Zealand over the past year and is quickly becoming a brand of choice for Kiwis:

“On the back of our successful global performance, we were confident that Kiwis would be keen to get their hands on our OPPO camera phones so we continued our expansion and entered the New Zealand market in March 2017. In a span of one year, we have entered seven major channels in New Zealand with a total coverage of nearly 400 retail stores across the country. We are delighted to bring Kiwis the latest mobile technology and ground-breaking design at an affordable price.”

Internationally, OPPO has a reputation for delivering high-quality and innovative design, providing great value devices at an affordable price point.

“OPPO smartphones are known for their outstanding camera quality, with the recent launches of R11 and R11s boasting dual 20MP cameras, a first of their kind,” says Terence. “We were also the first company to introduce dual SIM phones to New Zealand.” Other features such as VOOC Flash Charge, AI technology, and Bokeh effects are also standout features among customers, positioning OPPO as an industry leader.

Originally from China, OPPO began to rapidly develop a strong market share across Asia, the Middle East, Africa and Oceania between 2013 and 2017. As of late 2017, OPPO employs more than 15,000 people outside of China and provides an exceptional smartphone photography experience to over 200 million people around the world.

For the last decade, OPPO has been focusing on manufacturing camera phones, while innovating breakthroughs in mobile photography technology. OPPO started the era of selfie beautification and was the first brand to launch smartphones with 5MP and 16MP front cameras. OPPO was also the first brand to introduce the motorised rotating camera, the Ultra HD feature and 5x Dual Camera Zoom technology.

“We take our time to make sure each device meets Kiwis’ needs and wants, always delivering a premium quality device at an affordable price-point,” explains Terence. “We are continuously looking for new opportunities to grow our brand and there are plenty of exciting announcements to come from OPPO as we enter our second year in the New Zealand market.”