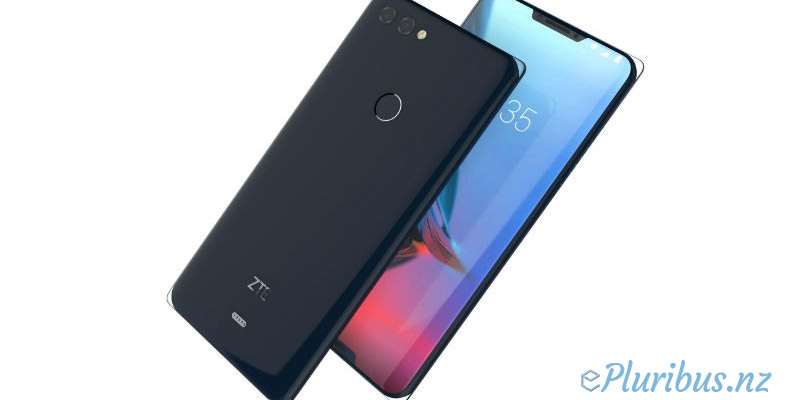 While all major Android manufacturers have already started deploying one notch on their smartphones to make their appearance as pleasing as the iPhone X, ZTE is moving one step further by conceptualising two notches on its offering – one on the top and one on the bottom. The dual-notch design sporting smartphone, which is referred to as ZTE Iceberg, has been featured in a couple of initial renders. The renders show an edge-to-edge display alongside the two notches that have a room for speakers, earpiece, selfie camera sensor, and ambient light sensor. It isn’t clear when ZTE will launch the new smartphone. Nevertheless, there are speculations that the handset will arrive sometime next year.

The ZTE Iceberg has been featured on the iF World Design Guide site. As per the listing, the development time for the uniquely designed handset is 13 to 24 months, and it will reach Asia, Europe, and North America after 2018. It essentially combines two pieces of glass in a unibody structure that resembles an ice fragment. Further, the four corners of the smartphone are transparent – as flaunted in the official renders. The glass presence on the back also enables wireless charging.

Coming back to the notches, the brief product description available on the iF World Design Guide site, says that the two notches will feature front-firing speakers. “It also features a new type of notch screen so that both sides of the screen can realise the interactive function of the system, which is convenient and quick,” the description adds. Besides, the back of the handset has a fingerprint sensor.

The back of the ZTE Iceberg has a pogo pin connector that could be used to connect accessories such as new modules or an external loudspeaker. This sounds somewhat similar to the Moto Z series that supports Moto Mods. The renders and the information available on the iF World Design Guide site certainly make the ZTE Iceberg an anticipated piece of hardware. However, it is presently just a concept and will take time to reach the store near you.