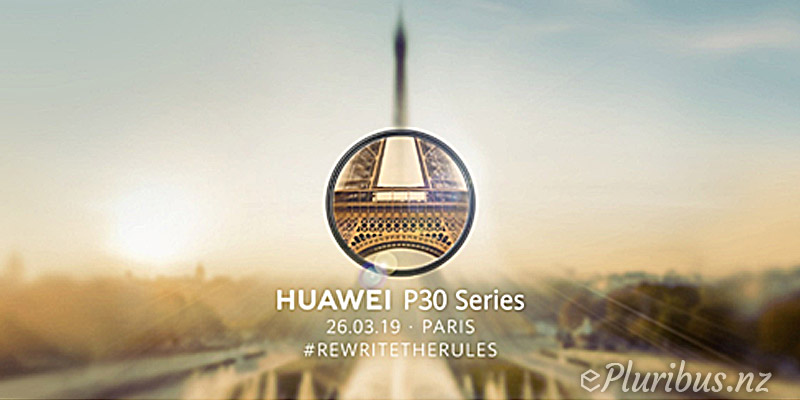 The upcoming launch of the HUAWEI P30 Series on March 26 (March 27, New Zealand time) at the Paris Convention Centre has the internet buzzing. The Huawei P Series has been shaking up the smartphone industry for the past two years with its groundbreaking smartphone photography features. The photos so far tease the super zooming capabilities of the P30 Series – something that has created excitement amongst fans, but what else will the device include?

There has been speculation on what will be included in Huawei’s latest offering, but a week ahead of the launch,Huawei is thrilled to reveal some facts as to what can be expected, as well as a look back at the incredible journey of the P Series that has led them to launch the highly anticipated P30 Series.

A collection of revolutionary smartphone cameras
The Huawei P Series truly hit its stride in 2016. In the launch of the P9 Series, Huawei officially announced the partnership with Leica to develop the most advanced smartphone camera in history, starting with the first ever dual Leica camera built within a phone.

Huawei took a step further with its P10 Series by improving the device’s photographic quality, as well as offering superior low-light photography with the ability of the lenses to pick up more light. The front camera on the P10 is also equipped with a Leica lens to capture great selfie portraits.

In 2018, the P20 and P20 Pro achieved the revolutionary breakthrough by offering triple Leica rear cameras, a concept that has since been offered by competitors. The setup has also seen the P20 Pro topping the DxO Mark Mobile list for months, eventually sharing the crown with the Mate 20 Pro.

Looking ahead, Huawei has ambitiously declared its intention to rewrite the rules of mobile photography with the HUAWEI P30 Series. The new P30 will feature a sophisticated design and will continue to write the future of imaging technologies. The new flagship devices will set a new standard for videography and will launch consumers into a new era of smartphone photography with the first mobile “Super Camera Phone.”

An international origin
The P Series stands as the flagship smartphone series of Huawei and has international prestige since the launch of its first-generation device, the Ascend P1 that was introduced in 2012 in Canada. The subsequent generations have been launched in other prominent global stages such as London, Barcelona, eventually settling in Paris for the latest launch in the series, the P20 and the upcoming P30.

Paris has always been one of the most popular subjects if photography and is home to some of the earliest inventions of cameras. That’s why it is the perfect destination to launch the P30 Series and highlight the incredible photography capabilities and advancements in the wake of the infamous P20.

Huawei is eagerly anticipating the launch of the P30 Series as it will mark another chapter in the illustrious history of smartphone evolution and will no doubt continue on the success of Huawei’s P Series devices.