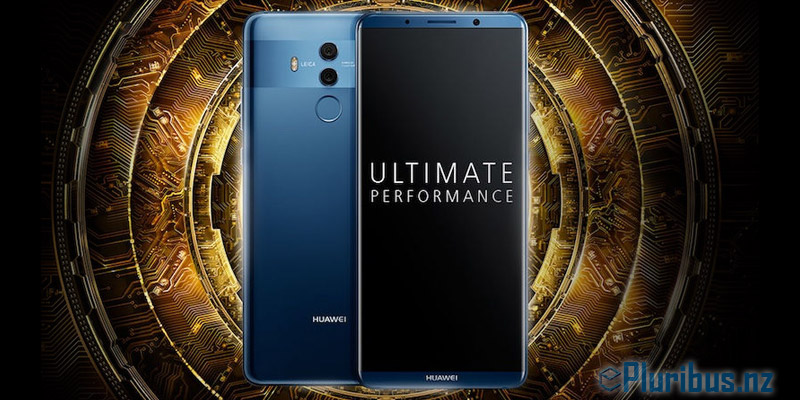 Huawei chief executive officer Richard Yu unveiled the company’s new flagship smartphones – Huawei Mate 10and Huawei Mate 10 Pro – as he drew comparison with Apple’s iPhone X and iPhone 8 Plus. The Mate 10 and Mate 10 Pro feature near-bezel less displays and offer several functionalities that are better than the USD$999 iPhone X and pretty much everything else on the market, he claimed. Alongside, the Porsche Design Huawei Mate 10 was also unveiled, which in terms of specifications is identical to the Mate 10 Pro.

The Huawei Mate 10 sports a 5.9-inch QHD (1440×2560 pixels) LCD display, while the Huawei Mate 10 Pro offers a 6-inch full-HD+ (1080×2160 pixels) OLED display. Both are called FullView displays, and are meant to improves video consumption experience. Both the phones are a slightly smaller than their predecessors as the companies strips bezels, Yu said. Apple managed to achieve a 81.36 percent screen to body ratio with the iPhone X, but Huawei Mate 10 (with 81.79 percent) and Huawei Mate 10 Pro (with 81.61 percent) beat that.

Both the Huawei Mate 10 and the Mate 10 Pro are powered by Huawei’s homegrown HiSilicon Kirin 970 SoC, which the company claims is the first smartphone mobile SoC chipset to feature a neural-network processor unit (NPU) – though Apple may disagree, with its A11 Bionic featuring its own dual-core ‘neural engine’. The chipset will support several AI features such as taking better selfies, Bokeh effect in images and recognising what an object is, in a more efficient manner, Yu said. It’s the most advanced chipset in a smartphone, he added. Huawei calls the entire implementation as Huawei MobileAI.

The HiSilicon Kirin 970 SoC is so powerful, Yu said, you can simply connect the device to a monitor and turn it into a PC without using a dock. Once done, the phone can also serve as a mouse, a company executive demonstrated onstage at a media event in Munich, Germany. It features four Cortex-A73 cores clocked at 2.36GHz, four Cortex-A53 cores clocked at 1.8GHz, and an i7 co-processor, apart from the Mali-G72 Mp12 GPU and NPU.

The Mate 10 Pro has a duo of rear cameras: 20-megapixel monochrome sensor and 12-megapixel RGB sensor, coupled with OIS, BSI CMOS, PDAF, CAF, Laser Autofocus, and Depth Autofocus, apart from dual-LED flash. On the front, there is an 8-megapixel fixed focus shooter. The Huawei Mate 10 comes with the same set of cameras as its bigger sibling the Mate 10 Pro. Even as Apple didn’t deem the fingerprint scanner worthy of including in the iPhone X, both the Huawei’s smartphones come with a fingerprint scanners on the back. Notably, the dual rear camera setup has been ‘co-engineered by Leica’, like the setup on the Huawei Mate 9 before it. 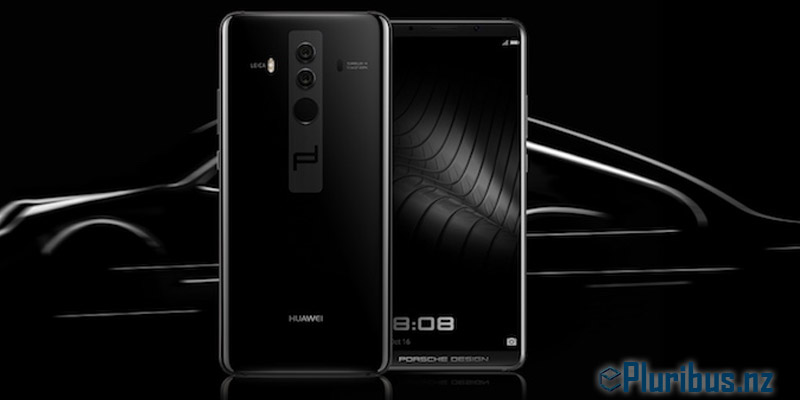 The company also announced the Porsche Design Huawei Mate 10 (seen above), a special variant of the Huawei Mate 10 Pro. It comes in Diamond Black colour. It will only be available in 6GB RAM, 256GB storage variants, and like the Mate 10 Pro, has no expansion.