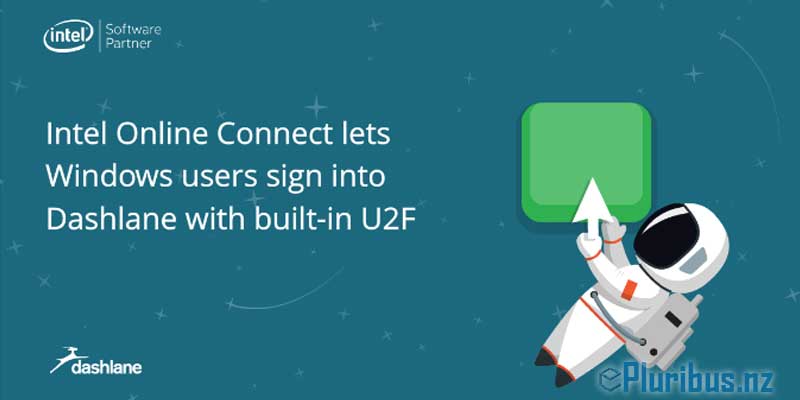 Password manager Dashlane is one of the first consumer-facing companies to take advantage of a little-known feature within Intel’s 8th-generation Corechips that could become much more popular: enabling two-factor authentication with just your PC, and not your phone.

What’s known as Universal Second Factor (U2F) authentication lives within the 8th-generation Core architecture. Typically, two-factor authentication (2FA) – recommended for years as an additional security measure for email, online storage, and other data – requires that a code be sent to your phone either via an app or SMS. Intel’s 8th-gen Core architecture and its associated software cut out the need for a phone, simply requiring you to click a software “button” to authenticate the 2FA transaction.

Technically, U2F support isn’t new. Intel’s 7th-generation Core chips, known as Kaby Lake, were introduced with a technology known as Software Guard Extensions, or SGX. SGX is essentially a protected area within the chip for storing encryption keys. But only two services announced support for SGX: Dropbox and Duo Security, which announced proofs-of-concept earlier this year.

Once the 8th-generation Core chips ship, Dashlane will immediately be able to take advantage of the built-in technology and use U2F as an additional form of authentication, Allison Baker, the strategic partnerships manager for Dashlane, said. She confirmed that U2F will work with 8th-gen Core chips for consumers, and don’t require Intel’s vPro technology for businesses.

“You don’t need a phone or anything else, besides a compatible Intel-based PC”, Baker said.

Why this matters: Breaking into your PC is bad enough – that’s why there’s Windows Hello, user PINs, and Windows passwords. With web services accessible from just about anywhere, however, there’s a need for a second layer of security to differentiate you from the bad guys. Two-factor authentication helps secure those online transactions; U2F promises to make them less of a hassle.