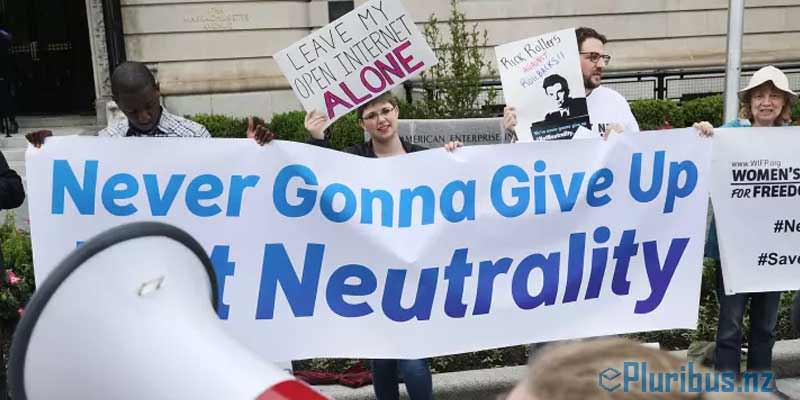 On Tuesday the 21st of November, the American FCC (Federal Communications Commission) moved to repeal Net Neutrality rules that prohibit internet service providers from blocking or slowing websites, or charging a premium for “fast lanes” for specific services or higher quality streaming. FCC chairman Ajit Pai, who Trump appointed this year, officially proposed the revocation of these rules, which treat private internet service providers as public utilities. The rules could be scrapped as soon as this December when the FCC meets to vote on Pai’s proposal. The vote is expected to go in favor of Pai’s proposal. Any changes in Net Neutrality laws may affect the New Zealand internet landscape as well due to close economic and Governmental ties.

“Today, I have shared with my colleagues a draft order that would abandon this failed approach and return to the longstanding consensus that served consumers well for decades,” Pai said in a statement. “As a result of my proposal, the Federal Trade Commission will once again be able to police ISPs, protect consumers, and promote competition.”

Pai and his fellow opponents of Net Neutrality argue that the rules, which were passed under the Obama administration in 2015, hamper competition and lead to worse internet access overall by restricting internet providers’ behavior. “These heavy handed regulations have made it harder for the private sector to build out the networks especially in rural America, and so by going back to the previous regulations more, a more light touch approach, the Internet access is going to become better,” Pai told Fox News Radio in an interview.

Supporters of Net Neutrality, on the other hand, argue that the rules are essential for an open, democratic, and competitive internet. Allowing service providers to throttle speeds, or give some sites advantages over others, makes it harder for new entrants to enter the field and ultimately hurts consumers, they say. “It will hurt innovation and new business formation at a time when we need it desperately. And it’s going to hurt consumers who are now going to have to pay more for internet service,” Rep. California Rep. Ro Khanna told BuzzFeed News in a phone interview Tuesday.

Khanna also said he didn’t buy Pai’s argument that more competition will lead to better infrastructure. “I think that’s a total distraction,” he said. “What this is going to do is increase profits for the telecom companies at the expense of consumers. If we want to expand broadband to communities that don’t have them, we ought to have government investment in the expansion of copper wires there and in the expansion of Fiber in small towns – have the government subsidize that like we did with rural electrification.”

“The net neutrality protections have advanced competition and innovation, created more startups and entrepreneurs, and have been judicially approved. Repealing these protections is an assault on what has made the internet what it is… an open and dynamic platform,” California Rep. Anna Eshoo said in a statement.

Not all were upset at the proposal. Comcast, in a post, said it applauded it. “This proposal is not the end of net neutrality rules,” the company said. “With the FCC transparency requirement and the restoration of the FTC’s role in overseeing information services, the agencies together will have the authority to take action against any ISP which does not make its open Internet practices clearly known to consumers, and if needed enforce against any anti-competitive or deceptive practices.”

In July, millions voiced their support of Net Neutrality in a Day of Action meant to show widespread endorsement of the rules. Companies like Netflix, Twitter and Reddit built pro-Net Neutrality elements into their websites and apps that day. But with Pai’s move Tuesday, it appears those efforts may largely have been for naught.