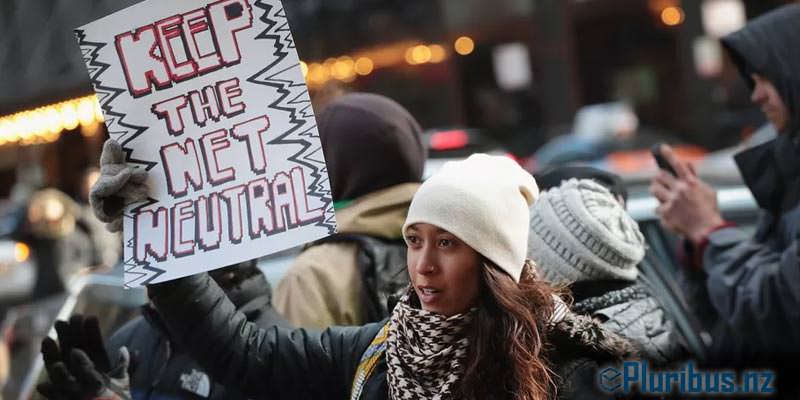 The Federal Communications Commission voted Thursday, Dec. 14, to undo government regulations that ensured the internet remained an open utility for all. With Net Neutrality repealed, internet service providers will have the ability to block and throttle traffic and charge for online “fast lanes” – a move that could have devastating impacts for the independent game industry. “An internet where massive corporations have even more control over what you can and cannot see, hear and say opens up a whole new world of problems for developers and indie games in general,” Scott Benson, co-founder of Infinite Fall (Night in the Woods), told Polygon following the vote.

Benson echoed widespread fears that profiteering ISPs could likely throttle many of the online platforms that are crucial to indie designers who rely on the internet to sell their games. Of particular concern to Benson is the idea that social media networks could be affected without Net Neutrality. “If it’s profitable to throttle social media sites, it’ll happen,” Benson said. “That last one in particular is spooky because that is how so many of us meet, begin working together, and eventually promote our work. And it’s how players most often respond.”

Benson is as well-known for his active Twitter presence as he is for his critically acclaimed game. Other outspoken indie designers both on and about social media include Teddy Diefenbach, whose credits include Hyper Light Drifter.

“The indie market has gotten highly saturated, with digital stores more crowded than ever,” Diefenbach told us. “More people are making games from new communities and backgrounds, and it’s hard for them to be heard.”

That’s where social media comes in. But an active Twitter presence or online campaign is just one part of why Net Neutrality is so crucial for up-and-coming indies. Indie games only got to where they are today – a more competitive, visible part of the industry – because of the wide-open internet’s affordances, according to Dief. Storefronts like Steam enable developers to distribute their games online, which means they don’t have to incur additional costs required for physical releases.

“Today, we pay any given digital platform [roughly 30 percent] of our revenue,” he wrote in a series of tweets on Net Neutrality’s importance to indies. “We keep 70 percent if we don’t use a publisher. Publishers can be very helpful, but we don’t ALWAYS NEED them, or need as much from them.”

Increased opportunities to circumvent traditional publishing, through itch.io and other, smaller digital storefronts, are crucial to what Diefenbach called the indie game explosion. It’s also what attracted some designers, like Sam Barlow of Her Story fame, to go independent in the first place. But one of the freedoms Barlow expects to disappear alongside Net Neutrality is having trust in digital distribution platforms. “As a creator, there is nothing that beats the ability to reach an audience and to do so as directly as possible,” Barlow told us. “Already in 2018 there is a growing sense that the platform holders and the store owners and their algorithms are structures that need to be carefully navigated, and the pure freedom that we might have once imagined isn’t quite there.”

The deleterious effects of repealing Net Neutrality are vast, reaching beyond hypothetical social media constraints and ISP surcharges leading to diminished revenue splits for designers reliant on digital distribution. The potential impact will be felt in a variety of other industries too – and it’s hard to consider any of them as beneficial for internet users. Like others who make their money off the internet, indie designers particularly stand to lose a lot from an internet bloated with paywalls and corporate tactics. This is clear to Benson, Barlow and Diefenbach, but perhaps Benson summed it up best for us.

“I know I’m preaching to the choir here, but it’s crazy-making how this has zero positive effects for anyone aside from wealthy, powerful people and their profits,” said Benson. “F*ck this and f*ck them.”

Update: Matt Thorson, designer of games like Towerfall and the upcoming Celeste, added that “the amount of ways this could destroy independent artists is mind-blogging. Unless something happens to reinstate Net Neutrality, the future of independent art on the internet is now controlled by of a handful of giant, negligent corporations,” Thorson told Polygon.

Possible effects cited by the developer include higher hosting prices for platforms like itch.io, limiting their abilities to support and sustain their audiences. There’s also the concern of censorship, increased costs of operating multiplayer online games and barriers to accessing development software or knowledge bases. And while Thorson is based in Vancouver, Canada, he acknowledged that the ramifications of repealing Net Neutrality would be wide-ranging. “This decision in the US will affect artists all around the world,” he said.