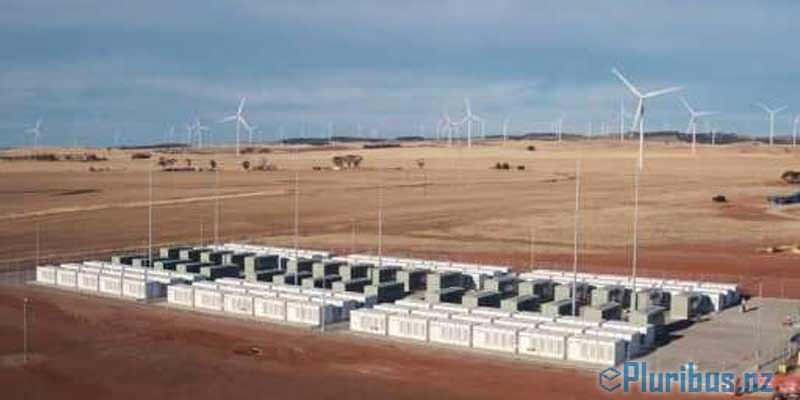 Tesla 100 MW/129 MWh Powerpack system by billionaire entrepreneur Elon Musk is connected to a wind farm operated by French energy firm Neoen, in the Australian rural town of Jamestown. The world’s biggest battery was officially launched in Australia on Friday, a day after the Elon Musk-driven project was powered up early to meet demand amid a bout of hot weather, officials said. Musk’s Tesla built the Powerpack system, which can provide electricity for more than 30,000 homes, to ease South Australia’s energy woes after the state was hit with a total blackout in 2016 following an “unprecedented” storm.

The maverick billionaire earlier this year offered on Twitter to build the battery farm, and completed it last week to narrowly beat his self-imposed deadline of having it ready in 100 days. “South Australia is now leading the world in dispatchable renewable energy, delivered to homes and businesses 24/7,” state Premier Jay Weatherill said Friday at the launch to coincide with the first day of summer. “This is history in the making.” The 100 MW/129 MWh battery, located in the rural town of Jamestown north of Adelaide and connected to a wind farm operated by French energy firm Neoen, was switched on a day early, just as temperatures soar in the state.

The Australian Energy Market Operator (AEMO) said it delivered 70MW of stored wind energy into the state’s market to meet peak demand on Thursday. The battery farm is expected to help tackle power shortages, reduce intermittencies and address demands in summer, when most of the country experiences its highest energy usage.

Model for the future
Tesla said it was hopeful the project would provide a model for future deployments around the world, adding in a statement Friday that its fast completion “…shows that a sustainable, effective energy solution is possible”. Neoen deputy chief executive Romain Desrousseaux said the “ambitious” project – which Musk estimated cost at least US$50 million – would bring the state to the forefront of global energy storage technology.

Last summer, extreme hot weather as well as storms saw blackouts hit some regions of Australia. The AEMO is switching on closed gas-fired power stations to provide extra power to Australia’s east coast this season. Although Australia is one of the world’s largest producers of coal and gas, the South Australian blackout raised questions about its energy security. Several ageing coal-fired power plants have been closed, while strong demand for gas exports and a rise in onshore gas drilling bans have fuelled concerns of a looming domestic energy shortage in the next few years.

Prime Minister Malcolm Turnbull earlier this year said a hydro-electric project in New South Wales state, the Snowy Mountains Scheme, would be expanded to provide electricity to 500,000 homes. More than 60 percent of electricity generation in Australia is from coal, with 14 percent from renewables, according to government data published last year.