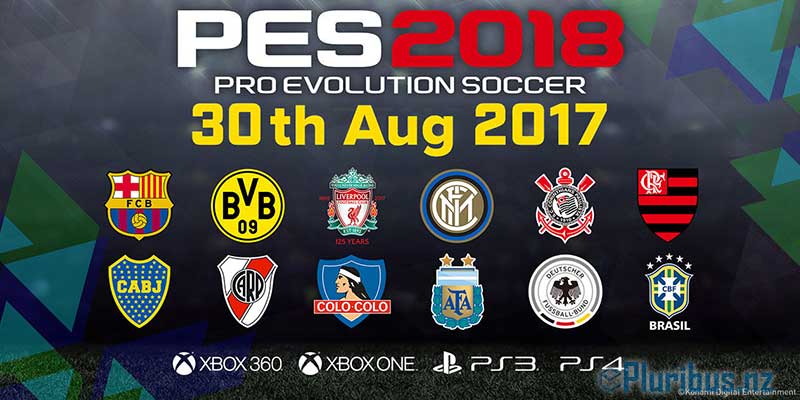 The Pro Evolution Soccer (PES) 2018 demo is now live on PS4, PS3, Xbox One, and Xbox 360. It provides access to top European clubs such as FC Barcelona and Borussia Dortmund, alongside national teams in Germany and Brazil. Playing the demo will also give you a 10,000GP bonus for myClub in PES 2018 when it releases.

And unlike the beta, you can play the entire demo offline. There are a total of two game modes: Exhibition, and Co-op. The latter is only available on PS4 and Xbox One, and it allows you to take control of a single player. While you could previously do that in Exhibition with the help of cursor lock, the Co-op mode tracks and presents your stats in a visual fashion.

As for stadiums, you can choose between Camp Nou – which is exclusive to Konami’s PES as part of a deal with FC Barcelona – and Borussia Dortmund’s Signal Iduna Park. Konami says the stadiums will vary depending on console.

PES 2018 is out on September 12 in North America, and September 14 in Europe and Asia. Though there’s no demo on PC, Konami is promising that the game will finally be on par with the console version this year.