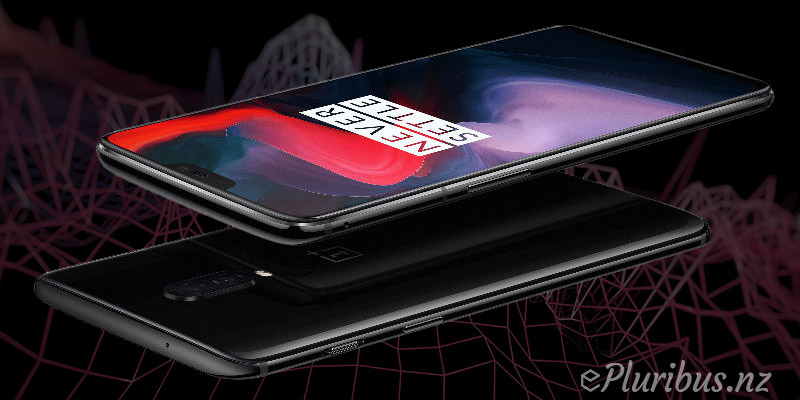 OnePlus launched its latest flagship – the OnePlus 6 – at an event in London recently. The smartphone comes with a dual vertical camera setup, a notch display, glass back, and much more. Among the many new features, one notable addition that got us excited is the improvement of the Alert Slider.

The Alert Slider was introduced on the OnePlus 2, and gave users three options – Ring, Vibrate, and Silent. However, with the OnePlus 3 and all the way up to the OnePlus 5T, the company decided to replace Silent with the Do Not Disturb mode. Since then, many users have complained about it, and wished for it to go back to its original functionality. With the introduction of OnePlus 6, the company has fixed the Alert Slider and now it has gone back to adjusting between Ring, Vibrate, and Silent modes.

“The Alert Slider was created to reduce distractions. With your help, we have improved the Alert Slider on the OnePlus 6, giving you exactly what you need. Three toggles: Ring, Vibrate, and Silent. It’s the Alert Slider, defined by you,” the company writes on its website. With the move, it certainly appears that OnePlus are making way for Android P. The most recent Android P Beta changed the way volume controls work, with the volume profile toggle now showing three positions (ring, vibrate, silent) instead of two (ring, vibrate) as seen in Android Oreo.

OnePlus 6 Specifications
The smartphone has a 6.28-inch full-HD+ display with an 19:9 aspect ratio, with a notch inspired by the iPhone X above the display. OnePlus 6 is powered by the Snapdragon 845 flagship SoC, and retains the 3.5mm audio jack. There’s a vertically-aligned dual rear camera setup, with a 20-megapixel primary sensor and a 16-megapixel secondary sensor. On the front, it is has a 16-megapixel selfie camera. The OnePlus 6 camera has received a few upgrades too, such as improved lowlight photography capabilities, better Portrait Mode effects (including on the front camera soon), slow-mo videos, and a video editor feature.

Further, the OnePlus is backed by a 3300mAh Dash Charge-compatible battery, Face Unlock, and fingerprint sensor. Dimensions of the OnePlus 6 are rumoured at 155.7×75.4×7.8mm and it is said to weigh 177 grams. The Android 8.1 Oreo-based smartphone has the OxygenOS custom UI, and will get Android P Beta for users to sideload.